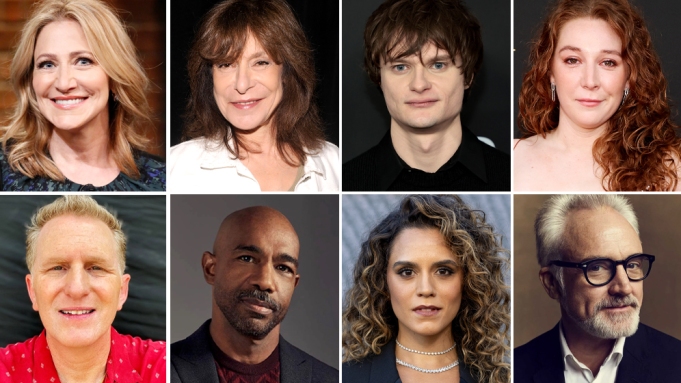 EXCLUSIVE: Emmy and Golden Globe winner Edie Falco has reteamed with her Nurse Jackie director Brendan Walsh on I’ll Be Right There — an indie comedy written by Jim Beggarly (Free Samples), which has wrapped production in New York.

I’ll Be Right There follows a single mother, Wanda (Falco), who has her hands full to say the least: her eight month pregnant daughter (Carter) wants a wedding, her mother (Berlin) thinks she’s dying, her wayward son (Tahan) is either going into rehab or the army, and she barely has time for herself, not that she would know what to do with it anyway. Wanda lives to take care of her family, but everyone around her doesn’t seem to accept that. At the end of the day she loves being at the beck and call of those she loves. Why isn’t that enough?

An Open Swim and A Bigger Boat Production, I’ll Be Right There was financed by City Boy Hands. The film is produced by Bradley Ross, Peter Block, Cory Neal, Ross Meyerson, Walsh and Samantha Cocozza, and executive produced by Jesse Eisenberg and Falco.

“‘I’ll Be Right There’ is the kind of movie I’ve always responded to as a viewer; about normal people living normal lives – but somehow when you shine a spotlight on them, it all becomes pretty extraordinary. And moving,” said Falco. “I hope an audience might feel that way about our movie.”

“I love the family that came together to make this film,” said Walsh. “From the amazing cast to all the producers and crew. We can’t wait to share this sweet and funny Dysfunctional family with the world.”

“We are so thrilled to have such a talented cast rally around Edie,” remarked Ross. “The talent and chemistry between them all is so fun to watch.”

“The genius of Jim Beggarly’s script — which he developed with Jesse Eisenberg — is that while it is clearly centered around Edie’s character of Wanda, every other supporting character gets to own their scenes with her and deliver choice gems that will have the audience laughing, cringing and empathizing, as if they were their own loathable and lovable family members,” added Block on behalf of A Bigger Boat Productions.